8TH THE ROLE OF STATE IN VARIETIES OF CAPITALISM (SVOC) CONFERENCE 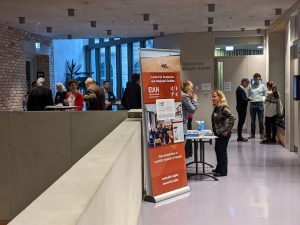 On November 24-25, 2022, the 8th ’The Role of the State in Varieties of Capitalism (SVOC) – Structural Transformations in a Crises-driven World Economy’ conference was held. The conference, jointly organized by the Centre for Economic and Regional Studies, Institute of World Economics and the CEU Democracy Institute took place in a hybrid form (on-site and online presence was also possible). 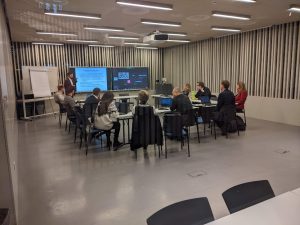 The conference series has been addressing the different areas of intensified state intervention in economies since the millennium, for the past eight years. The main purpose of the event was to reflect on the changes mostly affecting the world economy in the past decades, such as the Global Financial Crisis, the Euro Crisis, the Climate Crisis, the Covid-19 pandemic, and the Russo-Ukrainian war. These crisis situations have resulted in the renaissance of state intervention in economies throughout the world, so this topic has entered the agenda of academic and policy debates as well. 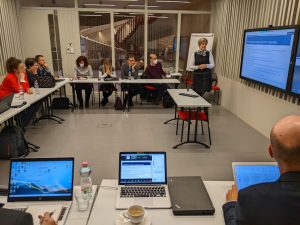 Based on the cutting-edge debates in comparative capitalism, researchers have reinvigorated the role of the state and tended to focus on macroeconomic demand, through which they began to address the structural dimension of development. Yet, human, and environmental issues remained neglected.

In-line with these new tendencies and perspectives, the conference aimed to contribute to both theoretical debates and bringing together more applied research on contemporary models of capitalism, with a special focus on the structural-, human- and environmental-dimensions of development. 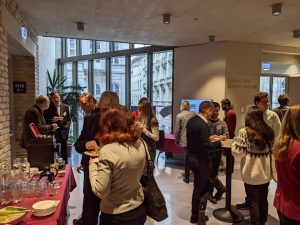 This goal was approached by the wide scale of topics covered during the conference presentations, such as the economic aspects of the Russo-Ukrainian war, the possibilities lying in the Chinese investments, the spread of sustainability and green energy amidst the current energy crisis, as well as the importance of different kinds of investment in Europe. 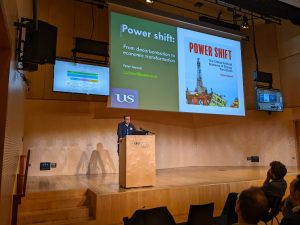 The keynote speeches were held by Peter Newell (University of Sussex), and Björn Jindra (Copenhagen Business School). Professor Newell talked about „Power Shift: From decarbonisation to economic transformation’?”, while Professor Jindra covered the topic of „Fragmentation in the Digital Economy”. 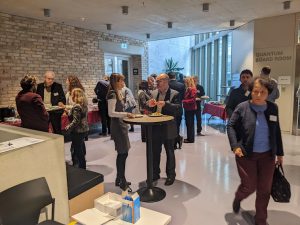 The first day of the event was held at CEU (Budapest, Nádor utca 15.), while the second was held entirely online (via Zoom).