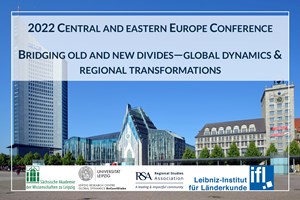 Presentations by our researchers working at the  Institute for Regional Studies:

During the past years in Hungary, several critical organisations and movements have emerged and took on a role in tackling various forms of inequality, from addressing housing problems to seeking municipalist ideals in strengthening participatory mechanisms. The results of the October 2019 local municipal elections provided an opportunity for grassroots initiatives to get more involved in public affairs and forge new alliances with local governments. The current political-economic context of Hungary suggests a peculiar timing for such cooperations. Systemic changes left civil society organisations with a gradually shrinking civic space through maintaining high political dependence, limiting their ability to influence decision-making processes. On the other hand, local governments experience a similar loss of power induced by the centralisation efforts of the 2010s that accelerated in general after the local elections and particularly in the aftermath of the pandemic outbreak in spring 2020. Shrinking municipal and civic space served as an impetus for new types of urban activism. Civil society organisations manoeuvred over this period to promote democratic and transparent mechanisms that carry the potential of larger structural changes. As oppositional forces took power, newly elected leaders promised a more progressive policy environment, rebuilding trust towards civil society organisations. Nevertheless, new municipalist promises have been greeted with varying civil society tactics that include targeting increased recognition among residents and focusing on local embeddedness instead of relying on large donors and funds. Findings suggest that instead of an awaited civic boom, the deepening of existing alliances is occurring.

Reindustrialization and the Limits of Local Agency in the European (Semi)Periphery: The Environmental ‘Externalities’ of Path Change
Melinda Mihály – Erika Nagy

The paper discusses the emergence of new development paths of old industrial towns in CEE as an outcome of local, national and supranational state strategies supporting peripheral industrialization, aligned with the needs of powerful external investors seeking for resources such as labour, land, and other natural resources.
We anchor our analysis in critical political economy placing the ecological aspect of industrial recovery in the focus that is in line with the shift in critical academic discourses on the post-crisis regime of capitalism (Jacobs, Lagendijk, 2014; Moore, 2015). We argue that: (i) mobilizing land and other local natural resources (e.g. water) as capital assets to promote economic restructuring in state accumulation strategies results in the exhaustion, waste and pollution of such resources, which undermines the well-being of locals and downplays their fundamental rights; moreover, (ii) it reproduces the dependent position of the semi-peripheral industrial spaces, e.g. by channeling vast public resources in developing ‘greenfield’ industrial sites that lower investment costs for firms and potentially, weakens their embedding in territorial development coalitions (Dawley et al, 2019).
Through the lens of land-use change in local spaces in two small industrial towns in Hungary (Tatabánya and Tiszaújváros) we discuss, why problematic brownfield areas (the heritage of state socialism) remained largely intact while new, formerly agricultural territories were taken over for industrial parks (800 ha in Tatabánya, 170 ha in Tiszaújváros), i.e. how environmental aspects were sidelined in local development processes discursively and practically. Moreover, we explain how the rescaling of state power is related to the mobilization of local resources in the post-crisis era of capitalism that marginalized local agency in making decisions about the natural environment. In this way, we contribute to the broadened concept of development to go beyond the production/employment focus of state policies in old industrial spaces in Hungary and elsewhere in CEE. Moreover, highlight the need to empower local agents to secure a sustainable future for communities in places of industrial restructuring.

The economic transition of Central and Eastern Europe (CEE) was fuelled by neoliberal ideologies and political agendas of ‘East-West convergence’ involving marketisation, privatisation, and Foreign Direct Investment (FDI). The transition models were part of a clear neoliberal rhetoric envisioned as the one best way out of the collapse of communism, while CEE integration along asymmetric power relations reproduced new core and periphery dependencies and the new variegated capitalist system An examination of the dependent geo-economic relations that emerged during the economic transformation of the CEEC as a result of the reintegration of the world market and into the EU reveals that the dependencies and unequal power relations between the core and the semi-peripheries, rather than the post-socialist legacy, provide a stronger explanation for the shift away from Western models of capitalism and liberal democracy.
We apply a geoeconomics & postcolonial perspective assessing the role of FDI in the transformation within the framework of “Dependent Market Economy” (DME) models. External capital dependency one of the principal characterestics of modernization in CEE. We argue, that concepts of core-periphery relations in the form of postcolonial perspective (intermediate (post)coloniality) continue to be relevant for interpreting the semiperipheral positionality of CEE within the EU.
The paper examines the effects of FDI on GDP growth and tests the causal relationship between these variables in in the V4 countries and also at subnational level. The paper argues that in the absence of endogenous growth factors in FDI-driven dependent market economies of CEE, FDI alone is not sufficient to ensure the long-term development of regions. Our method involves a reconstruction of FDI and financialized credit-debt relations on CEE economies in terms of growth and convergence. Different core-periphery ideas will be discussed in terms of their suitability for interpreting the geoeconomic context. The role of foreign capital in conditioning geo-economic relations and exacerbating the vulnerability of CEE economies. External capital dependency in postcolonial dependency regimes poses long-term disadvantages for the accumulation of financial, human, and even social capital a problem that can be considered a historical weakness of CEE, especially after periodic “transformation crisis” caused by frequent regime changes and the accompanying transformation losses.
We argue that the FDI-led DME model has fallen short of its anticipated modernisation potential, while other, potentially lucrative development alternatives have been neglected. While early-stage benefits were considerable, the FDI driven postcolonial dependency model now faces signs of exhaustion and an increasing number of contradictions. While the EU-wide discontent and the anti-EU vote in the EU15 is mainly a consequence of local economic and industrial decline in combination with higher unemployment and a less educated workforce in the prosperous manufacturing region, meanwhile in the CEE the long-term negative effects of external (capital) dependence and the related external vulnerabilities are the main reasons. This implies the slow down of catching-up of the new member states, the middle income trap and the constant loss of resources (massive and increasing profit withdrawals of FDI related projects are so large scale that they cannot be offset by EU funds or remittances either) and socio-economic vulnerability (rising emigration, serious labour shortage, while structural unemployment in rural peripheries, demographic decline, rising poverty, social inequalities and regional disparities). These factors are the main reasons for the growing support of anti-EU and populist parties reinforcing the negative perception of economic transition and strengthening anti-EU populist parties and governments’ search for an economic policy alternative to FDI.

Objective and Subjective Success at the Periphery. How Significant is the Difference?
Reka Horeczki – Péter Póla

The beauty of rural life, the lack of development opportunities, and the persistent disadvantage of our more remote settlements, rather than the ‘romance of the countryside’, are becoming increasingly worrying. In this study, we seek to answer the question: which (and why) of the municipalities in Baranya county, one of the most depressed areas in Hungary, can be considered successful? What do the leaders of the municipalities think success means, and what aspects does it have?
The study compares the results of two primary data surveys with the concept of success as used in the national literature. The primary data surveys were conducted in Baranya County in the second half of 2020 and the second half of 2021. The questionnaire survey investigated 233 respondents from 63 municipalities and 54 in-depth interviews were conducted to nuance the questionnaire responses and our preliminary assumptions.
Based on our preliminary knowledge, we assume that success is a complex, multi-factorial phenomenon, including the importance of infrastructure and amenities, the existence and exploitation of local assets, the activity of the population, and the mayor. In order to “survive”, small villages in disadvantaged situations are forced to go beyond their previous activities and, by taking into account their local assets and by bringing together the local population, to increase the economic prosperity of the settlement and thus improve the quality of life of the local inhabitants. This can (also) prevent a continuing population decline.

In Need for More Exchange: An Open Discussion on Research Collaboration Between East and West (Online)
Gergely Tagai

My studies on H2020 research collaborations introduced me the severe divisions characterising these types of knowledge production in Europe. Although these initiatives created indeed fruitful co-operations between different partners accross Europe, they also contributed to the reproduction of European inequalities in the field of knowledge. My goal is to understand the nature of these inequalities – their patterns and their causes (even material even structural) – which could be a first step for tackling them. My approach is based on a quantitative analyses of regional inequalities of H2020 resarch collaborations, and as a researcher from Hungary, I would speak from and for the position of East Central European researchers.