On the (geo)political salience of geographical imaginations:
a central European perspective 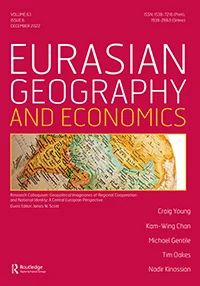 introduces a Research Colloquium that investigates relationships between the production of Central European geopolitical imaginaries and processes of European integration. Specifically, we interrogate the ways in which Central European geopolitical imaginaries have involved the recasting of old and the emergence of new framings of regional identities, regional cooperation and geopolitical orientations. Our specific focus on Hungary is not coincidental; since 2010 the Hungarian government has pursued a strident and rather noisy ”geopoliticization” of its relations with the EU, its Central European neighbors and beyond. Together with Poland, Hungary has been an active producer of scenarios of national and European destiny according to conservative and often reactionary notions of identity and illiberal values. Contextual background explaining the rise of EU-skeptic imaginations of national purpose is provided and suggests that economic disparities as well as unresolved national tensions between liberalism and conservatism have been major drivers. As we will argue, stubborn reliance on fixed geopolitical ideas as a source of influence and power can lead to rigid commitments to identity politics that can both thwart more effective regional cooperation and harm national economic and political interests.