The labour market effects of the polish educational reform of 1999 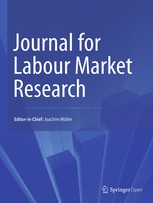 The reform also introduced new curricula, national examinations, teacher standards, and a transparent financing scheme. Our identification strategy relies on a difference-in-differences approach using a quasi-panel of pooled year-of-survey and age-of-respondent observations from the Polish sample of the EU-SILC database. The results indicate that the reform has increased employment probability (by around 3 percentage points) and earnings (by around 4%).