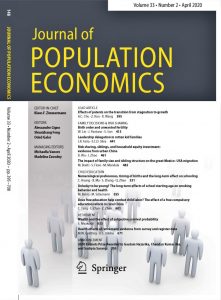 This paper measures social mobility rates in Hungary during the period 1949 to 2017, using surnames to measure social status. In those years, there were two very different social regimes. The first was the Hungarian People’s Republic (1949–1989), which was a communist regime with an avowed aim of favouring the working class. The second is the modern liberal democracy (1989–2017), which is a free-market economy. We find five surprising things. First, social mobility rates were low for both upper- and lower-class families during 1949–2017, with an underlying intergenerational status correlation of 0.6–0.8. Second, social mobility rates under communism were the same as in the subsequent capitalist regime. Third, the Romani minority throughout both periods showed even lower social mobility rates. Fourth, the descendants of the eighteenth-century noble class in Hungary were still significantly privileged in 1949 and later. And fifth, although social mobility rates did not change measurably during the transition, the composition of the political elite changed rapidly and sharply.