Since the collapse of communism, countries in Central and Eastern Europe have experienced significant socio-economic changes that have affected the urban landscape and the spatial organization of cities. These processes have also generated significant changes in the availability of urban green spaces for local residents, resulting in new forms of inequalities. In the light of recent debate on socio-spatial segregation, the concept of environmental justice has gained increasing attention. Using three Hungarian post-socialist cities as case studies, this paper explores the relationship between different types of residential areas in terms of the age, education, and income level of people, and the availability of urban green spaces. 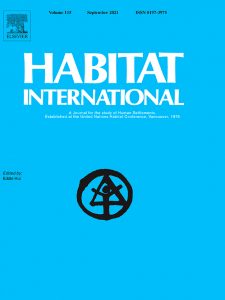 To do this, we introduce a demand-supply composite index that contains featured indicators of urban green space availability. The results show that in terms of UGS availability, major disparities exist both among different socio-economic groups and different types of neighbourhoods in the investigated cities. Although legacies of the past are still important, the emerging disparities of green space availability can be linked to new forms of segregation including highly segregated neighbourhoods of urban poor and the new upmarket housing developments of the affluent. Our results also suggest that regardless of local governments’ recebt efforts to provide residents with equal access to urban green spaces, environmental justice remains a concern for urban planning in post-socialist cities.