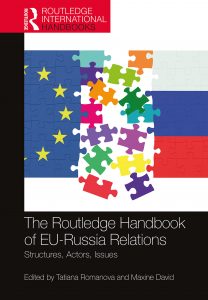 From moderate pull to normative push?
By Richard Connolly and András Deák

In this chapter, we examine the nature of economic relations between the Russian Federation and European Union. We describe the main contours of these relations and argue that while important asymmetries continue to characterise them, they are less pronounced now than two decades ago. Alongside the rising importance of China and other non-Western powers in Russia’s external economic relations, this means that while the EU remains the single most important economic partner to Russia, its relative importance is declining. This is particularly reflected in energy trade between the two. Rising demand for Russian energy from China and other Asian economies has reduced the relative significance of EU demand. The prospects for closer economic relations between Russia and the EU were further damaged by the imposition of economic sanctions by both parties as a result of the conflict in Ukraine, which accelerated the reorientation of Russia’s economic and political relations towards Asia.